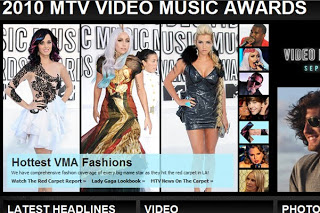 With hundreds of music producers, singers and artists on the one hand, and film and video producers, directors and crew members, Omer BarSadeh and Michael Seligman for Vision Film and Television Production was invited to the important, most colorful yearly ceremony that took place at the Staples Center in Los Angeles.

Vision is now starting to produce more music videos and promote starting artists, and partners with them to success.

MTV brought the VMAs back to the west coast for a live, star-studded s

Host Chelsea Handler was uncensored and all-out hilarious as she riffed on everyone from Justin Bieber to Jersey Shore. But the night truly belonged to another lady—Lady Gaga.

Gaga dominated, winning in eight categories and wowing in wardrobe changes, which included a gown made of meat. Yes, meat.

Danny and the Deep Blue Sea